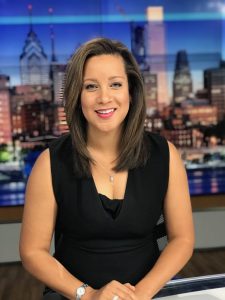 Dreams are front and center at The Walt Disney Company. The decision to follow and pursue a dream paired with the support of her parents set the course for the rest of Niki Hawkins’ career. As Vice President of Community Engagement for ABC WPVI-TV in Philadelphia, Niki has the ability to make a positive impact on her home community while creating authentic content for and about underserved communities in Philadelphia.

Niki is a native of the Philadelphia area. While attending a predominately white high school Niki recalls three factors that influenced her decision to attend Spelman College. The first was the popular show A Different World. Niki said “I saw all of these cool black people at their own college! People from all different walks of life having a great time!” The show featured a fictional depiction of Atlanta colleges Spelman College, Moorehouse College, Morris Brown College and Clark Atlanta University. After getting a glimpse of the HBCU experience and seeing so many people that looked like her, Niki told her parents, “TAKE ME THERE!”

The second and third influences both came from family. Niki was raised by a proud HBCU graduate, her father, who fondly spoke of his experience at Central State University. Lastly, it was a cousin who brought Niki to a freshman step show and block party at Clark Atlanta that sealed the deal.

When Niki arrived at Spelman she originally intended to major in psychology. After learning of auditions for an upcoming play she changed her major to drama and theater to drama, a decision that aligned with her passions and career goals. Knowing that she wanted to go into the media and entertainment field her parents supported this change in her education. 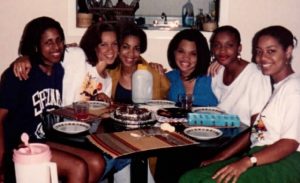 With a career with ABC spanning two decades, Niki has been in her current executive role for four years. The satiation Niki works for, 6abc WPVI-TV Philadelphia, is one that she grew up watching with family; she even interned there while in college then quickly found a home at the station shortly after graduating from Spelman. Serving in a variety of roles AT 6ABC Niki has always enjoyed the storytelling aspects of media and the fast-paced environment. These roles helped prepare her for a role as a producer and writer in the programming department working on projects and content that were always reflective of the local community. 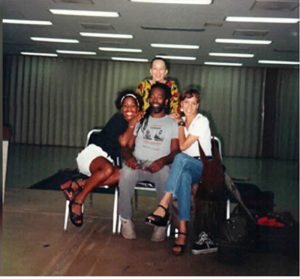 Niki has experienced serval moments at 6ABC when she felt a sense of belonging. Overall that sense of belonging came to life through investments that co-workers made in her. “I found a lot of opportunity at this station and people poured into me to help me become better. In one opportunity I would prove myself, then I would get the next opportunity. Then I would prove myself again and get a bigger opportunity. I have learned so much, and it has been an incredible ride here,” Niki explained.

Now in a position of greater influence, Niki is excited to continue storytelling and creating content in a more inclusive way.

Niki is a member of the HBCU Task Force and is thrilled to be working on a multicultural team spanning across all business segments of The Walt Disney Company. 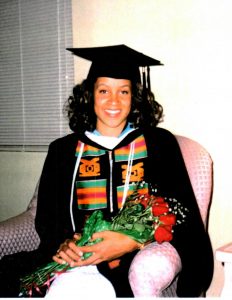