A WORLD OF POSSIBILITIES

A world of magic brought to life through technical wizardry, performance excellence, unparalleled spectacle and a dash of pixie dust — welcome to the world of Disney live entertainment.

Whether it's a collective gasp during an epic nighttime show, chills as Elsa hits the high note in a Broadway-style show, or just a few moments of personal connection between a child and a beloved Disney character, it’s all made possible by a world-class team of dedicated live entertainment Disney professionals at Walt Disney Imagineering and its affiliates.

Once Upon A Time …

Storytelling is at the center of everything we do, and our driving force is finding the right way to tell every story, big or small. It might be a stage show in Paris or a nighttime spectacular in Shanghai. Guests may encounter Stormtroopers in Batuu or a talking teapot on a cruise ship. Disney’s live entertainment world is a place where fish can fly, snowmen can sing, dragons are real, and castles are magic. Nothing is impossible.

Castles are iconic in the Disney parks as a universal symbol of the power of imagination and the magic of fairytales. The Disney live entertainment teams pair cutting-edge technologies such as projection mapping with our storied heritage of animation so that our castles can play another role — they literally become characters in the story.

Bringing the night to life is something we do at all our sites around the globe, where fireworks, lighting and audio teams use special effects, music, lasers and fountains to set the stage for experiences that are truly spectacular.

Parades are a hallmark of the Disney parks, with fantastical floats, elaborate costumes and scores of performers. The magic continues after dark, with nighttime parades featuring illuminated floats, light-up costumes and dazzling special effects.

Parades pose an interesting challenge for the live entertainment teams. Each individual section has its own narrative, and it's up to us to bring it all together to tell the story of the parade itself.

All the World’s a Stage

All the world’s a stage, and all our worlds are filled with stages.

Every new show tells a unique story and presents a distinctive, immersive environment. The live entertainment in our parks teaches Padawans to be Jedi Knights, showcases Mickey Mouse and his friends, and brings Disney and Pixar animated features to life in Broadway-style magnificence. Taken together, the collective skillsets and talents of Disney’s live entertainment teams rival those of the largest theater companies in the world.

Puppetry has a history in the Disney parks that goes back many decades. With a focus on emerging technologies and innovative applications, this art form continues to grow and provide truly remarkable offerings.

Utilizing classic, cultural and next-gen options, some form of puppetry can be seen at every Disney theme park around the world, as well as on each Disney Cruise Line ship.

Character Encounters That Surprise and Delight

Whether it’s classic Disney characters, the world of Pixar, or far-off galaxies and fabled lands, there are characters ready to welcome our guests into their worlds. Characters of all kinds populate Disney shows and parades around the globe, but it’s the one-on-one encounters that create truly magical moments. The live entertainment teams operate behind these magical scenes, in close partnership with the parks, to shape the settings, characters, costumes, choreography and stories of these touching and memorable experiences.

Throughout all the Disney parks, atmosphere entertainment makes personal connections with our guests and creates a sense of place like nothing else can.

Bringing Coco to our parks required something close-up and intimate to tell Disney and Pixar’s story of remembrance and family. Young Miguel needed to come to life, but how? Taking cultural cues from the film, storytellers used music, dancing and puppetry to tell The Story of Coco — a charming atmosphere production with the perfect combination of imagination, innovation and heart.

The Festival of Fantasy Parade at Walt Disney World began coming to life just as 3D printing was becoming viable. And by the time our partners in Costuming were ready to build headpieces for Maleficent’s raven, technology had progressed to a point where it became a practical and economical option for fabrication.

Months of designs, models, data, testing and prototypes followed. And once we had a working headpiece, each new mask could be easily and consistently produced. Plus, they’re incredibly lightweight and durable compared to a metal or even PVC version.

At the Disney parks, everyone is part of the show — from merchandise hosts to ticket sellers to bus drivers. Our creative partners dream up costume concepts not only for performers but for operational cast members as well, while the skilled costume production team brings those designs to life. Every costume supports the magic and the story of the Disney experience, no matter where in the world it is. 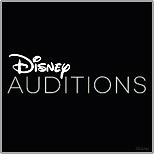 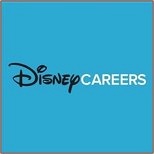 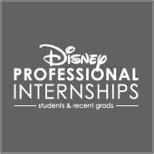