As part of its commitment to help create healthier generations, The Walt Disney Company has made a contribution to Feeding America® to support efforts to source more produce and increase the number of nutritious meals provided to children and families who need it most. This year marks the 10th year that Disney and Feeding America have teamed up. To celebrate that relationship, Disney will fund 30 Feeding America member food banks throughout the U.S. In 2021, with help from donors like Disney, Feeding America secured more than 2.1 billion pounds of fruits and vegetables and plans to provide even more nourishing produce to families in need this year. 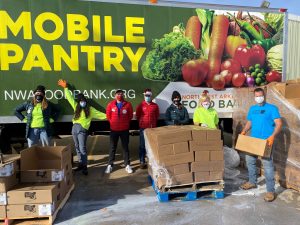 “We are thrilled to celebrate 10 years of working with The Walt Disney Company,” said Claire Babineaux-Fontenot, CEO of Feeding America. “Long-term collaborations like this one are crucial to supporting the people we serve year after year, and Disney’s produce grants are no exception. They are helping to make meaningful change in these 30 communities across the country. We are grateful for their continued support for our neighbors in need.”

Since 2012, Disney has supported Feeding America’s efforts to end hunger in the U.S., providing significant funding for the organization’s produce programs and volunteer efforts at member food banks. This year’s funding will help food banks provide more fresh produce to kids and families facing hunger by removing barriers to sourcing and distributing produce, building capacity by increasing refrigeration and equipment at food banks, or helping to store and distribute fresh produce within communities to people who need it most. This generous grant was announced on Good Morning America on July 14 and featured an appearance by Michael Chernow, a member of City Harvest’s Food Council, sharing delicious, nutritious, and simple recipes using fresh produce easily obtained at local community food banks and pantries. 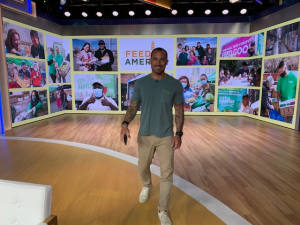 In addition to the produce grant, Disney has collaborated with Feeding America on a variety of other initiatives over the years. Disney has participated in food rescue programs via their theme parks – in fact each year, Disneyland Resort and Walt Disney World Resort provide hundreds of thousands of meals in food donations to their local Second Harvest Food Banks. Disney VoluntEARS help collect, sort, and distribute food which provides opportunities for employees and cast members to engage their local member food banks and make a tangible impact on food insecurity issues in their communities. And across the U.S., ABC Owned Television Stations have supported local Feeding America member food banks in each of their eight markets by activating in local communities to donate nutritious food. 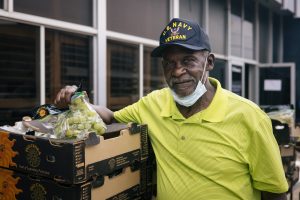 See the list of grant recipient food banks below.

To learn about Feeding America and the network of food banks, visit FeedingAmerica.org/Disney.