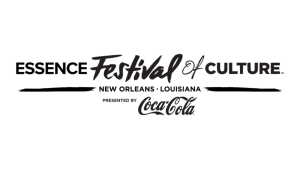 The Walt Disney Company announced it will be the exclusive entertainment sponsor of the 2022 ESSENCE Festival of Culture™ presented by Coca-Cola®. This year’s celebration kicks off with the Road to ESSENCE Festival with select activations taking place in Los Angeles on June 4, Washington, D.C., on June 11, and Chicago on June 19. It culminates with ESSENCE Fest, which takes place in person in New Orleans and virtually June 30-July 3, 2022.

ESSENCE Fest is one of the largest festivals in the country, drawing more than 500,000 attendees annually over the July Fourth weekend. ESSENCE Communications, Inc. is the leading media, technology, and commerce company serving Black women and communities.

This year, The Walt Disney Company invites Festival attendees to experience “The Power of Joy” and the many ways Black joy reflects itself at Disney and the communities it touches. Fans will have the opportunity to immerse themselves in culture-defining storytelling, engage in unforgettable entertainment, interact with some of today’s biggest stars and enjoy culinary experiences.

“The Walt Disney Company is proud to serve as the exclusive entertainment sponsor at the premier celebration of Black culture,” said Latondra Newton, senior vice president, and chief diversity officer of The Walt Disney Company. “ESSENCE Fest affirms and amplifies the Black excellence, creativity, and innovation that is reflected in our people, storytelling, and experiences.”

“ESSENCE Fest is the pinnacle of Black cultural celebration and reverence, and we’re excited to expand our decade-long partnership,” added Jill Estorino, president and managing director of Disney Parks International. “When we talk about this year’s Festival, we look forward to being able to say two things—The Walt Disney Company showed up in full to super-serve Black audiences, and we strengthened the foundation for partnership with ESSENCE for years to come.”

“At ESSENCE we believe in building strategic engagements with our partners that drive significant value and put them authentically at the intersection of the culture that our audience creates and influences every single day,” said Pauline Malcolm-Thornton, chief revenue officer, Essence Ventures. “We are thrilled to deepen our relationship and expand upon our journey with Disney to deliver and celebrate our theme of Black joy for ESSENCE Fest and beyond.”

Already announced performances include Kevin Hart, Nicki Minaj, Janet Jackson, and New Edition. Anyone can register to attend virtually and in person. To register, click “Learn More” below.