It is homecoming season! At Historically Black Colleges and Universities (HBCUs), homecoming is an exciting, week-long event for students and alumni including banquets, step shows, fashion shows, concerts, and of course, the football game. On Oct. 28, our company HBCU initiative, Disney on the Yard, and the HBCU Alumni Network virtually hosted its second annual Homecoming event.  The event was themed “How it started, how it’s going” to celebrate how far the HBCU work has come in its first year and to acknowledge the impact that has already been made. Homecoming was open to all HBCU alumni, Black employees, allies, and supporters within the company. 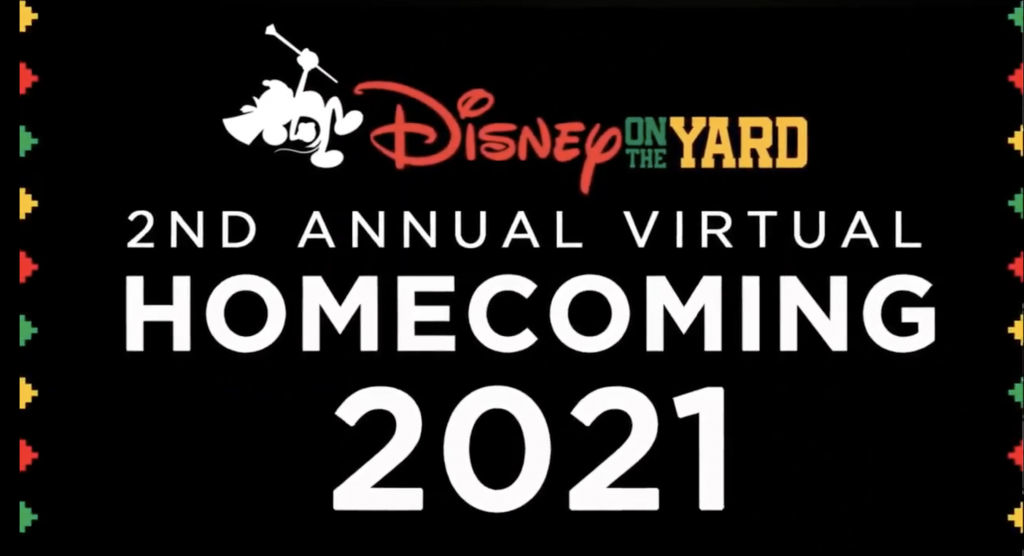 The first-ever woman of color to be President of ABC News, Kim Godwin, joined the event from the campus of her alma mater where she also serves as a member of the Board of Trustees. Kim shared her pride and excitement for what is taking place with Disney on the Yard stating, “My heart just gets so full! It makes me think about when I was a student and what I thought about future opportunities – it was not this! Now to see so many students who know to think bigger, get more, and that it is attainable is terrific! It makes my heart so full!”

Next, Disney on the Yard executive champions Avis Lewis (graduate of Bethune-Cookman University) and Kristi Breen expressed gratitude to all the employees who have gotten involved in the HBCU work and called on others to do the same! The leaders touched on the impact Disney on the Yard has already made and will continue to make on The Walt Disney Company.

Kristi Breen said, “In my time with this company, Disney on the Yard has been one of the most rewarding bodies of work I have been involved with! And it isn’t just talking. It is this company truly supporting us and making a difference to move forward making new hires, converting interns to permanent roles, making meaningful connections with HBCUs, and we are going to make a difference!”

Part of the “how it’s going” involved introductions of three new employees. Bethany Cobbs, Corey Savage, and Dayna Lee all recently made role transitions to exclusively support the HBCU work. These employees’ new roles were created because of the rapid growth and expansion taking place to make The Walt Disney Company a more inclusive place for everyone. These three employees work together with the HBCU task force and have played a pivotal role in taking Disney on the Yard to a new level.

The event closed with eight breakout rooms, that allowed guests to connect in a more personal way. Breakout rooms consisted of five regions, Divine Nine sororities and fraternities, a Black Student Union for Black employees who did not attend HBCUs, and an allies and supporters room. Guests had 30 minutes to visit any breakout rooms of their choice, and like any HBCU homecoming, there is always an after-party. Following the Homecoming event, all guests were invited to listen to more jams from DJ R’Tistic, connect with alumni, and be given a chance to win some Disney on the Yard swag.

The HBCU Alumni Network continues to expand its programming and strengthen the HBCU community at The Walt Disney Company.