For Disney professional intern Paola, it all started with Olivia Pope.

Watching the Shonda Rhimes series Scandal as a young adult, Paola found herself drawn to the ABC network, both by innovative storytelling and boundary-pushing company values. “More importantly than anything else,” she says, “I love how inclusive their casting is. That’s what really led me to ABC, is that they focus so much on inclusivity within the casting world.”

Paola earned her degree in public relations, developing a keen understanding of entertainment publicity along the way. After working at a talent agency, Paola realized that casting was her niche. Her natural next step, of course, was to pursue an internship with the network that prompted her interest in the first place.

“I was so nervous when I sat down to do a phone screen with my recruiter,” Paola recalls. “It wasn’t until we started talking about ABC programming and why we think it’s so powerful that we kind of hit it off. It felt right.” 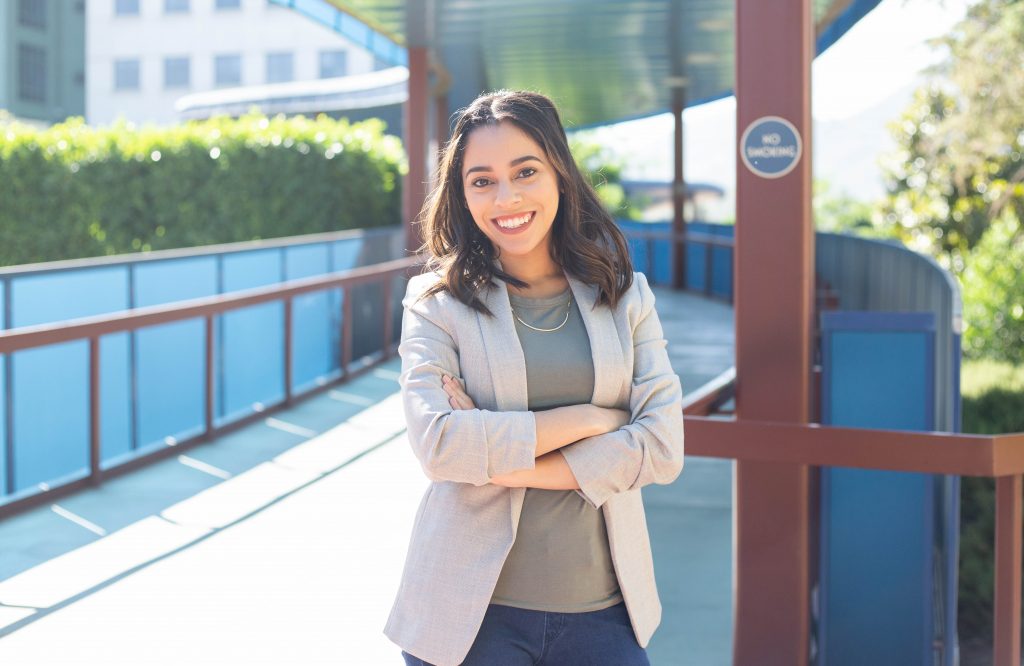 Her passion for the network evident, Paola received an offer for her dream role. She currently supports the entire ABC entertainment casting team. “What that means is that, at any moment, I can either be covering a desk for an executive office or greeting talent and bringing them in to meet with an executive,” she explains.

One of Paola’s primary responsibilities is supporting the ABC Discovers initiative, a program through which ABC seeks out new talent and helps launch their careers in the industry. She began by assisting at Actor Audition Workshops, events where up-and-coming local actors perform mock auditions and receive feedback from executives. Now, she is hard at work on the ABC Discovers Talent Showcase, set to take place this fall after months of extensive planning. From a pool of 15,000 resumes and head shots, Paola and her team selected a cast of 12 actors to put on a showcase for industry professionals all over Los Angeles. 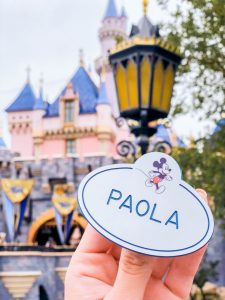 Outside of her day-to-day workload, Paola is always searching for new ways to hone her skills and seek out talent. “I’m given a lot of freedom to go out on my own and do my own assignments,” she says. “After work, I’ll go out and see a show, and then I’ll talk about it with my team or write a report on it. It’s a great opportunity to learn, because I get to hear their professional view on what I saw.” Among the performances Paola has attended are student showcases at the University of Southern California and a handful of local comedy shows. Sometimes, Paola will spot a performer and recommend that her leaders include them in a production. “They really value your input,” she notes. “Sometimes you find talent in the most random and strangest of places. That’s how it works.”

Paola’s internship with ABC has been a perfect introduction to the entertainment business. “Interning at ABC has helped me really prepare for what the world of TV casting looks like,” she says, “It’s definitely connected me with a lot of influential people in the industry.” Her desk sits mere feet away from the executive vice president of casting for ABC, and she has relished the opportunity to learn from the leaders in her office: “ has just been eye opening…the thing that I love about being a Disney intern is that you’re surrounded by some of the most innovative professionals in the industry and probably the world. Whether it’s here, or at Walt Disney Animation Studios or Walt Disney Imagineering, you’re always surrounded by someone who is a trailblazer.”

Even beyond the walls of her office, Paola has had the opportunity to meet wonderful friends and mentors on ABC’s Burbank campus. “Disney is full of so many professionals that are eager to sit with young talent that want to grow and learn more,” she observes. At the beginning of her internship, Paola met a recruiter in the elevator of her building who has since become a valued mentor. They regularly get coffee together, and Paola fondly refers to her as her fairy godmother.

Paola’s advice for prospective Disney Professional Interns is simple: connect the dots! “A lot of times as students we focus so much on making sure our resumé is perfect, and we forget that Disney is big on storytelling,” she explains. “Find what makes you unique…connect the dots and tell your own story, because at the end of the day, that’s what draws people in and endears them to you.”