Tell me about your Disney story. What inspired you to pursue an internship with The Walt Disney Company?
My Disney story starts in merchandise. I worked at the Disney Store in Long Island, New York, which was a great job to have. I enjoyed it so much I eventually transferred down to the parks in Orlando where I worked in Discovery Island in Animal Kingdom for about a year and a half. I left the company for a while (to backpack Europe, actually!), but I knew I wanted to come back in a creative role. I always wanted to be a writer for The Walt Disney Company growing up because I’ve always loved telling stories. This passion sparked an interest in the avenue for me to become an intern. As soon as I heard about this specific internship, I knew it was the one for me. I applied for it three times before I was accepted, but I just kept improving until I landed the position. Now, here I am today!

How would you describe your role with Disney Parks Live Entertainment?
My responsibilities shift day to day. Different needs pop up each day, but luckily for me, nine times out of ten, they’re something fun and exciting that I have the opportunity to work on. Depending on the day, I may work on five to ten projects based on need. Each project can be different, whether it’s writing a concept, editing a script, or researching a potential entertainment offering. The days here fly by! 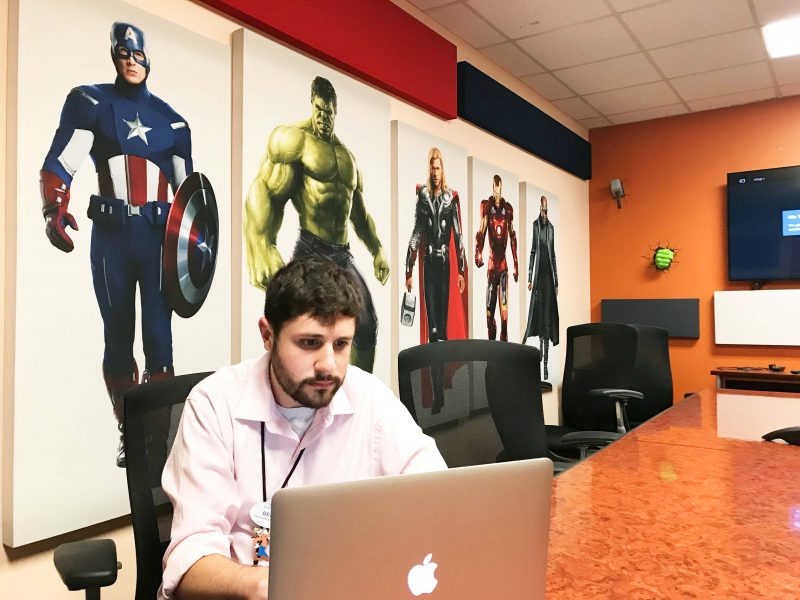 What tips would you give to someone applying for an internship with your team?
Write. I think that’s the best advice to give anyone who wants to be a writer. My professors in college, whether working toward my bachelors or my masters, always told me to set aside time to write for myself, not just for school or work. You have to spend time writing as that’s the only way you’ll ever improve.

What is the most significant thing you’ve learned as a Professional Intern?
Don’t love an idea more than a project. On a day-to-day basis, a project can go through so many different changes. Your heart needs to be in what you’re doing, but don’t get so attached to one idea that you’re not open to change. Change is inevitable, so be ready for it and embrace it. 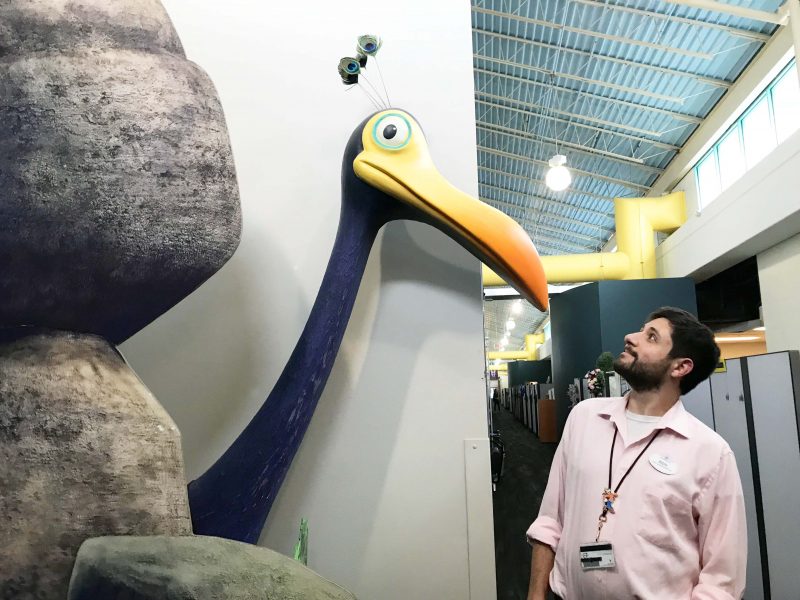 What qualities make you successful in your role?
I truly understand that the project comes first. Everyone on the team wants a project to be as great as it can be, so that can mean feedback you don’t love, your ideas can be cut, or things will go awry. I know that I’m contributing to the greater project. I’m also friendly and genuinely care about the people I work with which makes relationship building feel seamless.

How would you describe your team?
Creative, definitely. That’s the core of what we do here. My writing team consists of myself and two others who write all of the projects. It’s very fast paced. One of our talents is getting work out quick due to the fast turnaround times on various scripts or projects. My leader is very conscious of workloads and makes sure it’s distributed evenly. Outside of work, they’re just great people to be with. Every day is fun.

What is the most exciting opportunity you’ve had so far?
I have the unique ability to see a project from blue sky idea through fruition to the end project in front of Guests. I worked on the Pirates overlay for the Pirates of the Caribbean attraction at Mickey’s Not So Scary Halloween Party at Magic Kingdom Park. I brainstormed, came up with characters, worked on the story line, created a general concept, wrote a script, went to rehearsals, and then finally went to opening night. I got to truly experience this from the beginning to the end as a cast member and guest. The full project life cycle is a rewarding experience. 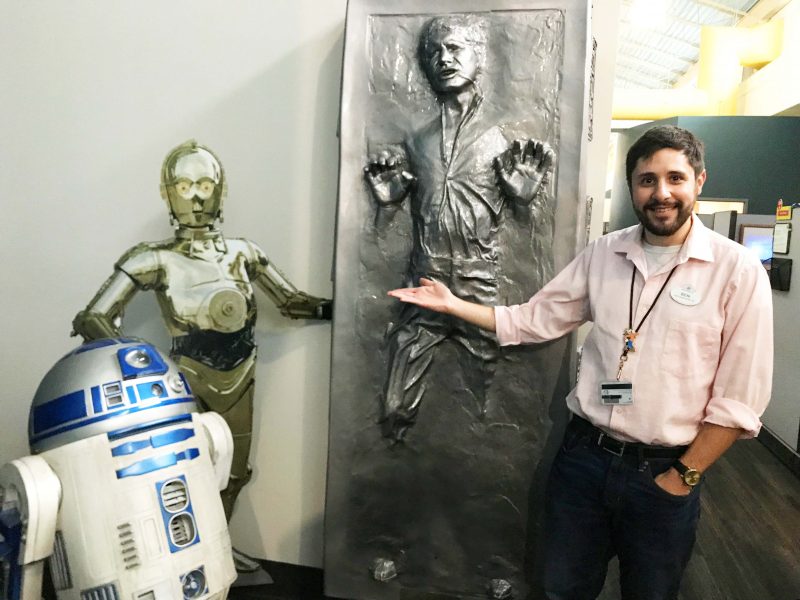 What is your favorite project you’ve worked on so far?
Can’t tell you that one! I’ve worked on a lot of great projects that aren’t yet announced. Stay tuned!

Tell me about what drives you to succeed in your role.
I love what I do. Working with the writers and directors has been my dream since I was younger. It’s a fun environment and team to be on. That, plus that I want to create the best entertainment for the guests to experience are truly what drive me in my day to day. While we have a lot of fun, at the end of the day, it’s about creating magic for the guests here. Nothing compares.

Which Disney character do you relate the most to? Why?
Goofy is my favorite, but I definitely relate the most to Flik from ‘A Bug’s Life’! He’s creative and likes to come up with unique ways to problem solve which is something I take pride in doing.