Everyone’s Disney journey is different. Emily O’Connell, Content Strategist in the Disney Digital Network, has had the ultimate adventure from the Disney College Program, to a Disney Professional Internship, to her dream role! Along the way, she experienced and learned more than she could have ever hoped for. Her story is truly empowering and encourages us all to keep moving forward towards our dreams.

Tell us a little about your Disney College Program role, as well as what you enjoyed most about it!

I was a Fairy Godmother in Training at the Bibbidi Bobbidi Boutique, and it was THE BEST. The little kids I transformed into princesses were adorable and hilarious, but hands-down the best part was the intense bond of sisterhood I forged with my fellow FGITs. 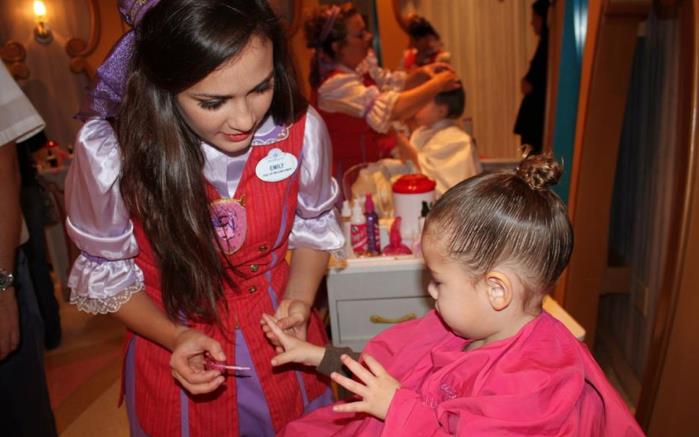 What key learnings did you take away from your Disney College Program that aided you as you began to prepare yourself for your next steps (i.e a Disney Professional Internship)?

Well, I learned how to do some BOMB princess hairstyles. But another significant thing is that my program forced me out of my shell. Spending all your time talking to strangers (while wearing a fairy costume, no less) has a way of doing that. For a shy little introverted elf like me, it was scary and then suddenly, one day it wasn’t scary anymore to carry on a thirty-minute conversation with a family I’d just met. I feel like I can talk to anyone now. What a gift that is, and one that I’ll use my whole life (just like I’ll use my princess hairstyling skills my whole life).

My program also taught me that I have to be proactive about making opportunities for myself. I learned that nothing was going to happen in my career unless I MADE it happen, which was both scary and liberating. What a fire to fuel you, you know?

Where did you expect the Disney College Program to take you? (If what ended up happening isn’t what you expected, how is it different?)

I think I expected that I’d do the program for six months, and then come home with fun work experience that would look interesting on a resume. Instead, I got a career and a big old load of self-knowledge. I learned that I could move to a new city where I didn’t know a soul and make a new life for myself. I learned that I could work incredibly hard, and find satisfaction solely in knowing I’d done a good job. I learned that I was resourceful and that no matter what, I would figure it out.

When my program ended, I decided I wanted to stay in Orlando and see where my career with Disney could take me. I worked my way up to a full-time role in Guest Communications while I finished college at night. I graduated when I was 22, three years after moving to Orlando, and started applying to Professional Internships.

Tell us a little bit about your role as a Professional Intern.

I was the Oh My Disney intern, and it was a total dream. Oh My Disney is a one-stop digital brand for millennial Disney fans. We’ve got everything from video series on Facebook and YouTube, to a blog with news, articles, and quizzes, to live fan events, to coverage of red carpets, and we’re on every social media platform.

As an intern, I got to go to red carpets and interview actors about their films. I got to write fun articles (things like “Maleficent’s Guide to Party Crashing” and “Pirates of the Caribbean in 5 Minutes”) and quizzes (like “Which Disney Character Are You?”). I got to help launch Oh My Disney on Snapchat. One time we shot a video with lots of puppies wearing Disney costumes, so on that day I got to pet a lot of puppies. My team was the most amazing crew of funny, smart, and kind people. 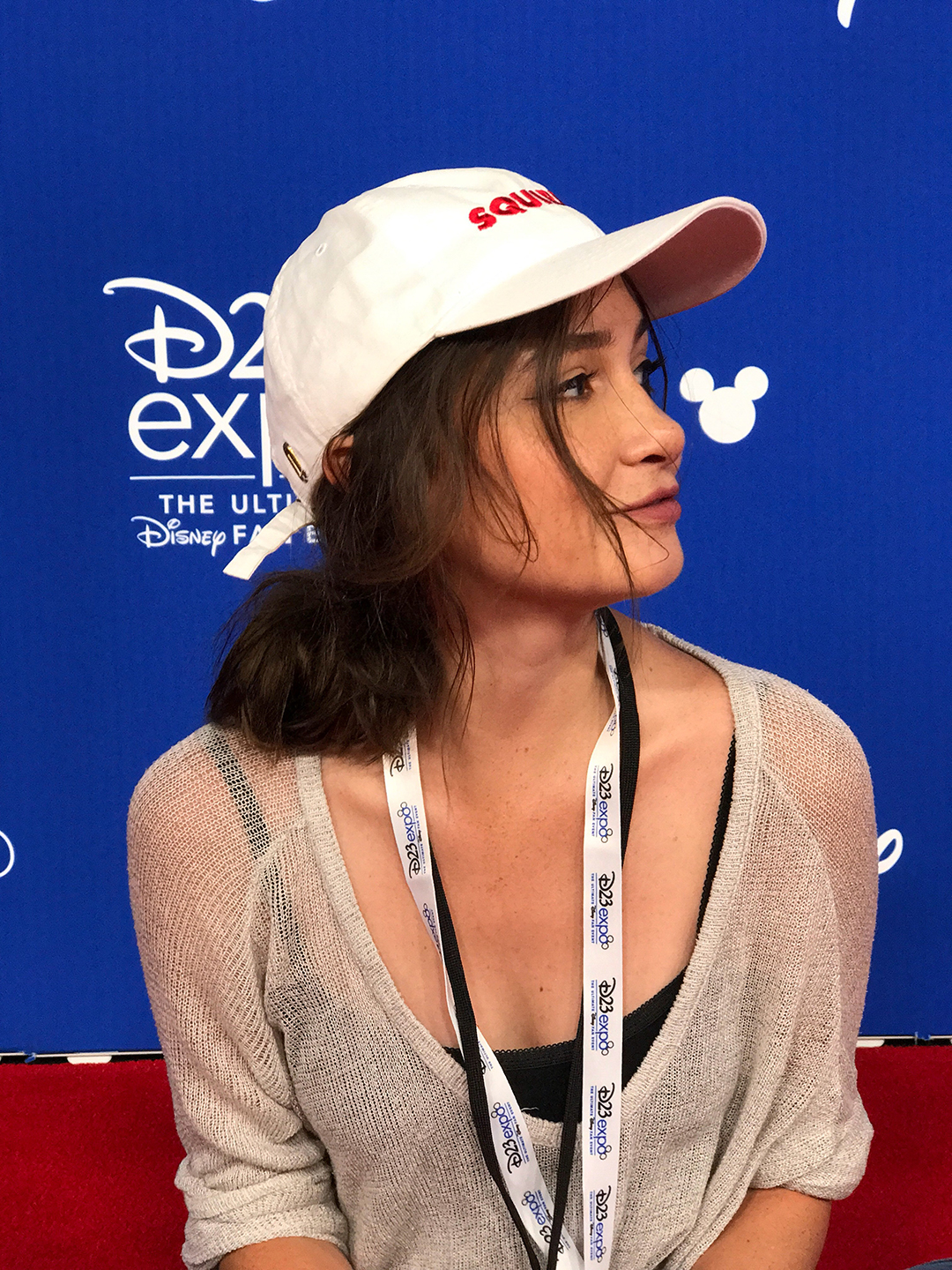 What about your Professional Internship experience inspired you to, in the words of Walt Disney, “keep moving forward” towards the role you currently have?

“Keep moving forward” is such good advice, and I think what I’ve learned from my time in the working world is that “keep moving forward” doesn’t have to be a triumphant rallying cry. It can be the thing you mumble to yourself as you’re slogging through a bunch of unknowns, unsure of what to do next or even what you want. Just keep moving. Say yes to opportunities. Start before you’re ready.

The college program taught me I was capable of starting fresh in a new city and building a life for myself, so that gave me the courage to do it again in L.A. when I got offered my professional internship. At no point during any of it did I have anything even resembling a plan, but the whole experience taught me that I didn’t need one, that I would be okay as long as I kept going. It’s been three years, now, since I moved to L.A. I’m still working for Oh My Disney.

What is your current role?

I’m a content strategist in the Disney Digital Network! After my internship I was writing editorial full-time, and then I left for six months to do some backpacking around the world. I re-joined the team last November as a video strategist, helping produce Oh My Disney videos for YouTube and Facebook (like this one!).

Now I’m part of our audience development team, and I run Oh My Disney’s Instagram and Snapchat. That means daily creation of memes and fun stuff to engage Disney fans, and sometimes covering events and interviewing talent. I’ve gotten to help interview Disney talent including Oprah, Reese Witherspoon, the Avengers, the cast of Star Wars, the voices of all the Disney Princesses, the cast of Girl Meets World, and John Lasseter. I’ve also covered the red carpet press line for film premieres including Beauty and the Beast, Descendants 2, Rogue One, The Good Dinosaur, and Cinderella.

In addition to that I run social for The Oh My Disney Show, and my newest baby is @DisneyPets on Instagram. My next thing will be running social for the @ClubMickeyMouse reboot.

What did you learn from the Disney Internships And Programs experiences you had that prepared you for your career?

I learned that when it comes to networking, the most effective thing you can do is actually become friends with someone. I learned that every “no” you hear is paving the way for a “yes” down the line, even if it won’t end up looking quite like you envisioned. I learned that there’s no replacement for working incredibly hard and doing a good job. I learned that doors probably won’t open for you unless you go knocking on them.

If we told you during your Disney College program that where you currently are is where you would end up, would you have believed it?

I would have loled right in your face. I’ve gotten so incredibly lucky.

What advice do you have for those who want to follow in your footsteps?

– Make things. Even if it’s on your personal blog or your YouTube or your Instagram, just make things. You want to have a body of work you can point to that represents what you can do.

– If there’s a team you want to join, it always helps to be an active fan of their content. Follow along with the stuff they publish. Comment on it. You’ll be better prepared to talk with them about it, should that day come.

– Have faith in your memes and someday, your rainbow will come smiling through.