I had just graduated college and was moving back to Florida to begin my second Disney College Program in food and beverage. During my first program, I didn’t know what to expect. As a sophomore in college, I had wanted to get a taste for what it was like to work for The Walt Disney Company and have internship experience on my résumé. This time around, however, I had big plans. Based on my first experience, I wanted to stay with the company long-term and thought I knew exactly how to do it. 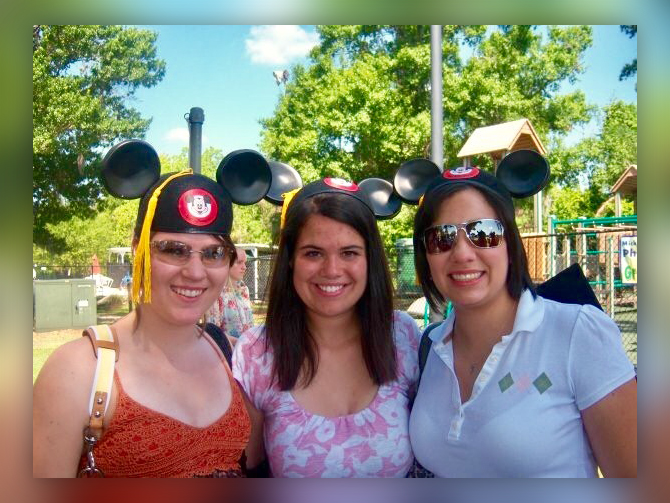 As soon as my second program began, applications for professional internships started rolling out, and I had my eyes set on a Management Internship in food and beverage. To get one of these highly sought-after positions, I knew I had to be prepared. I attended some Career Development Workshops, facilitated by the Disney Internships and Programs Education team, and also a couple College Program Alumni Speaker Series events. Through these endeavors, one piece of advice I received was that leadership support was crucial. As soon as I applied for the Management Internship, I let all of my leaders know I had applied. As a result of me bringing my interest in the role to their attention, as well as doing my best to be an all-star cast member, they were nice enough to set up some time where I could have a mock interview with current food and beverage leaders. The mock interview was very similar to the actual interviews I had for the position, and I relied on the feedback I received in my preparation for the three actual interviews I had.

After the final interview I had for the role, I felt great. I thought I had done everything I could to prepare myself, from attending classes, to talking with my leaders, to having a mock interview. I was ecstatic when I received an email to complete a background check, as I thought that must be a sign that I had the role. After checking my dashboard for what felt like the millionth time, my heart sank when I saw the dreaded “No Longer in Consideration” fill the screen.

I thought the path to achieve a successful career at Disney began with a professional internship. A lot of cast members I had spoken with who had roles I wanted started their journeys with an internship, and I thought it would be incredibly difficult to move up in the company without one. Despite this setback, I decided to stick with it.  Eventually, I did get to be a food and beverage leader, but I ended up taking a different path than expected.

If you’re in the same boat I was, here are some tips on how to land your Disney dream role:

Keep your leaders in the loop

Whenever you start a new role, it’s good to be proactive and introduce yourself to your leaders right away. Let them know your past work experiences and what your career goals are. Additionally, when you apply for a new role, always tell your leaders. This way, if the hiring manager has any questions about you and your work experience, they’ll be prepared to answer them. Additionally, when you are applying for roles, ask  one of your leaders if they will set up some time to meet with you. Print off the job description for the role, and ask if they think you’d be a good fit for it. If they say yes, see if they know anyone in that area you can speak with about the role. It’s always great to get some face-time with the department that is hiring, if you’re able.

Be receptive to feedback

In one of my roles with the company, I thought I was doing one of my tasks well. During a meeting with one of my leaders, however, they gave me some constructive feedback telling me there were some things I could be doing better. At first, I felt a little hurt, as I thought I was putting my best foot forward. I soon realized, though, that they were giving me this feedback because they knew I could do better and wanted to see me improve. If and when you do get constructive feedback, always thank your leaders for doing so because they have your best interests at heart. Moreover, try to always know where you stand with your leaders so feedback doesn’t come as a surprise.

A few months after my Disney College Program ended, I had an interview to be a food and beverage trainer at a new property. After my interview, I received a call from the hiring manager saying I had recieved the job, and one of the reasons was because I was the only person he interviewed who had written him a thank you letter afterwards. Always write a thank you note, preferably handwritten, after every meet-and-greet, interview, or job shadow you have. It will help set you apart from the crowd.

Say “yes” to set yourself apart

There’s always going to be task or responsibility at work that may not be favorite of yours or your fellow cast members. If your leader asks you or a group of your peers to complete a task, try to be the first to respond with a “yes, absolutely!,” no matter how undesirable a task may be. They’ll take note of your positive attitude which will go a long way. The same goes for career opportunities, as well. If you’re ever given an opportunity to take a class at work, attend an information session on a role you’re not sure if you’re interested in, or get trained in a new position…say yes! You’ll never know what you’ll learn or who you may meet. 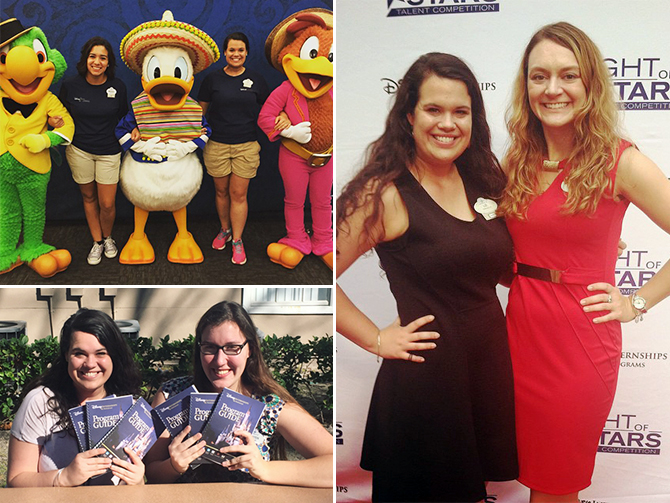 If you didn’t land your dream professional internship, don’t fret! There are other ways to get where you want to go in this vast and diverse company of ours. Even though my journey didn’t go the way I had originally planned, I’m glad it worked out this way. I’ve met incredible people, learned a ton, and experienced some fantastic roles I would not have otherwise.