Joshua’s Disney journey is a true testament to the philosophy that anything is possible. His current role as a Costume Design Professional Intern where he envisions and creates costumes found throughout our parks, resorts and cruise line is quite distinct from his humble beginnings in the costuming industry.

Josh grew up in Daytona Beach, Florida, surrounded by theatre. His sister is now an equity actress in New York, and he himself has performed onstage, tap dancing and singing. However, at a young age he was drawn into the production side of theatre. As he says: “I preferred the art of it – the painting, the designing and all those things.”

So Josh found any way he could to immerse himself in the creative medium, pursuing involvement with a local equity theatre that had its own free-standing costume shop. “When I was 14, I went into the shop and I was like ‘Hey, I’ll sweep, whatever – I don’t really care. I just want to be around this,’” Josh said.

After graduating from Flagler College with a degree in theatre, he pursued a master’s degree in costume design from Florida State University, broadening his résumé and building his design aesthetic. His professional internship offer came years after his dream of working for the company began. A dream he credits in part to an Imagineer who was dating his aunt at the time of their meeting.

“We had no idea what an Imagineer was, but he sat on our couch with some Crayola markers and he drew Mickey – Sorcerer Mickey – and he was pointing up at this star field,” Josh says. “In that moment I thought, ‘I don’t know who this guy is and I don’t know anything, but whatever he does, I want to do it.’ As I grew up, I got every book I could and probably around 12, when I had a real concept of what an Imagineer was, I decided that’s what I was going to be.”

As a costume design intern, Josh’s schedule is flexible. Some days this means organizing a swatch board (used to organize products and fabrics associated with a project), collaborating with Creative Costuming (the division that produces the designs) or meeting with executives for a review. However, much of his time is spent drawing – envisioning ways to make a guest’s experience more rich and interactive.

“It’s a fascinating challenge to figure out how to be there to serve the story, and to meet all of the demands not just from our guests, but from our partners here,” Josh says. “At the end of the day, no matter what we do, we have to recreate these characters and give them life, be true to them and do everything we can to tell this great, big story that is Disney.” 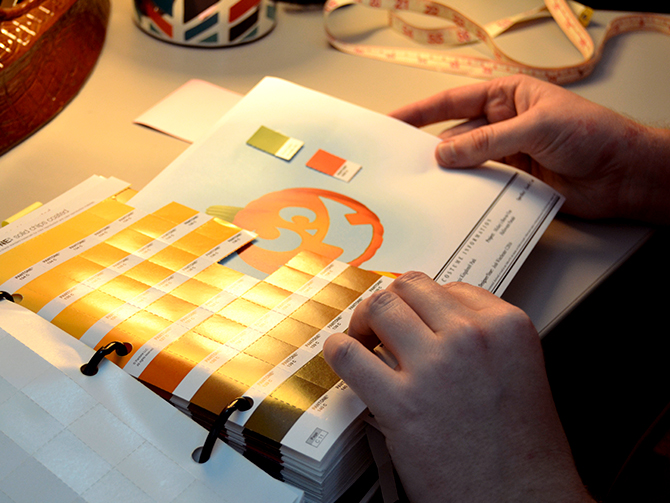 Illustrating the significance of his role is the fact that Josh is already able to see some of his finished work. Within a week of beginning his internship, he was tasked to help design a pumpkin mask for Goofy during Mickey’s Boo-to-You Halloween Parade. “It was interesting conversations and super surreal,” Josh said. “We’re talking about whether this pumpkin feels Goofy enough. What speaks more Goofy to us?”

However, not all of Josh’s projects have come to fruition yet. When asked about his favorite task during his internship, he smiles and replies: “Unfortunately, I can’t tell you. There’s some really big things coming up that are just a lot of fun – I can say that! I’m excited to see people’s reactions. Again, the coolest part is being able to say you were a part of it in any way.”

Josh explains that creating pieces authentic to the Disney brand means collaboration is key. Often times, this means discussing only minute differences. However, his team shares similar aesthetic styles and strong belief systems for representing the various characters, which fosters an environment for creative achievement. Still, it’s an adjustment from his previous costume design experience. “The biggest challenge is getting into the swing of how this place works.” Josh says. “So many people to talk to, so many levels of approval.” 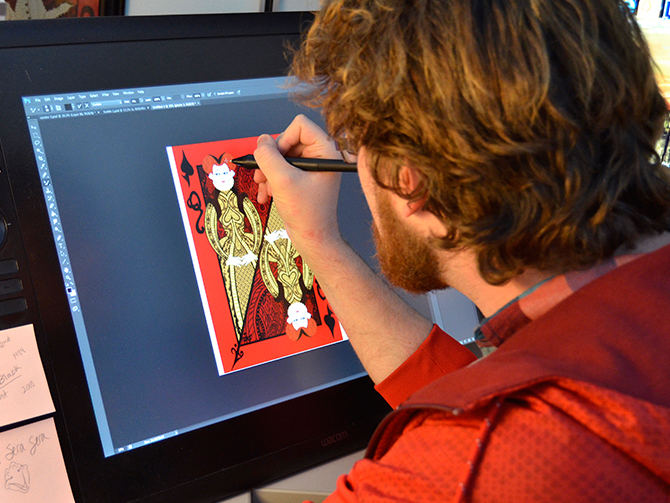 While expanding his portfolio with new and existing pieces, Josh is also finding time to network with creatives who make up the industry, something he encourages participants to do before their programs are over.

“It’s been pretty obvious throughout this whole process of trying to get into Imagineering – still not there yet, but kind of grazing the bottom of it – it’s all about who you know,” Josh says. “Do whatever you can to talk to everyone you can.”

While Josh’s internship will end in June, he hopes to continue working with the interactive storytelling that Disney offers to guests. “There’s something special about being part of the team that creates those experiences for guests,” he says.