It’s not every day that you get to speak with someone who has been making magic with The Walt Disney Company for 45 years. Karen Stevenson began her Disney journey in 1973, only two years after the Magic Kingdom first opened its gates to guests. Though Karen originally began her career in the parks, she’s been with Disney Internships and Programs for 22 years. You can currently find her assisting Disney Program participants in the Disney Service Center. With her Disney chapter coming to a close soon, I had the honor of getting to learn all about her journey!

How did your Disney journey begin?
We came to Walt Disney World in 1972 with my family, and it’d only been open like six months. All of the land was just so perfect, and I couldn’t wait to apply. I was so excited hoping that I’d get my first job. Actually, because of the grooming guidelines, I did not meet the requirements because I was 5 feet, and you had to be in between 5’1 to 5’10 for a female. They said they didn’t have anything for me at this time, that things may change in the future and for me to please come back. They actually did call me six months later. I started June 18th, 1973 at the Adventureland Veranda. My casual/regular date (full-time statusing) was September 2nd, 1973. We were approximately 7,000 people when I got hired, which is smaller than the College and International Programs now! 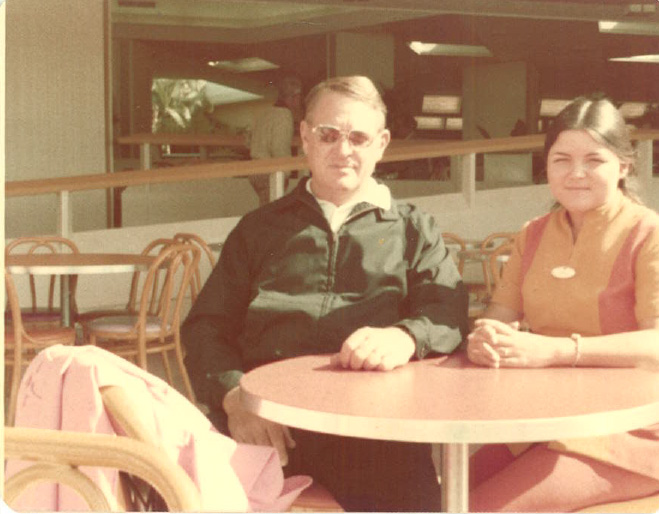 What were some of the roles you had before your time with Disney Internships and Programs?
I started out in 1973 in Food and Beverage. We used to call it Fast Foods. I was a Food and Beverage Service Hostess. I was so excited when I got my job because I said, “What is that?!”, and he goes, “Oh! You’re gonna be operating a register!”, and I say, “Oh. That’s wonderful!” So I did that, and within a year, I was actually the first money counter the Magic Kingdom ever had.

After that, I was a lead for two years in Adventureland, and then I moved over to Pecos Bill because my manager moved. I did that for about two years, and then I was on the first management training program in Food and Beverage that the Magic Kingdom ever had in 1978. It was actually a six-week program where we ate at every restaurant that was on the property and at all the resorts. There were eight of us that were selected. The experience of that I’ll never forget. Following, I was a Leader at Crystal Palace from 1978 to 1979, and Town Square Café from 1979 to 1980. I then relinquished my position, and was a server at The Pueblo Room at The Contemporary from 1980 to 1982. I was then asked to be on the Opening Team at Epcot where I opened the Good Turn Restaurant. I worked there until 1986, and was asked to open The Coral Reef Restaurant in 1986. I remained there until 1996. August of 1996 is when I came to this office! 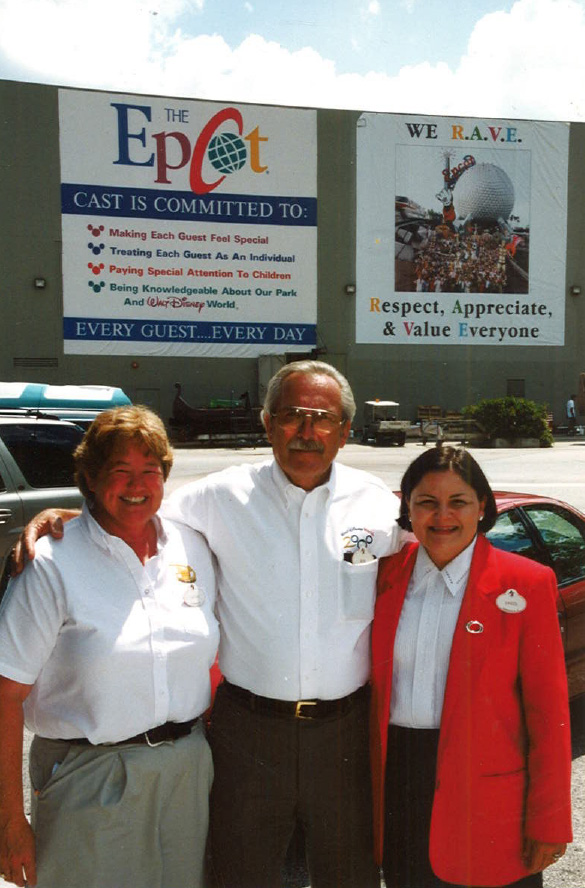 Tell me a little bit about how you got to be where you are in Disney Internships and Programs.
My first position in this office was part of a pilot program called Flagship Dining. We used to have what was called Gold Key Reservation Center that was run by Guest Relations at Epcot, and the guest would walk up to a kiosk, and someone would appear on a screen. To make it more efficient, our manager wanted to pilot this program, so we would walk around Epcot and ask if people had reservations for dining. We answered guests’ questions and made reservations on the phone for them. That pilot program went away when computers really came online, and Disney Reservation Centers became bigger. And that was actually under Disney Internships and Programs. Once the pilot program ended, I said, “I think I really like it here” (in Disney Internships and Programs) and the manager said, “Well we would love to have you here.” That’s when I decided to make another career change (outside of food service) and come to this office. I’ve been here 22 years.

It was College and International Programs in Epcot. (At this time, Disney Housing was separate.) I actually opened The Commons in 1998. I was on the opening team for that. That was a temporary assignment that I did for a few months, and I worked at both Vista Way and The Commons. And then I came again in 2005 to do another temporary assignment over at The Commons. They needed help because one of their cast members was actually an extra in “Pirates of the Caribbean,” so they went to the Bahamas for six weeks! Our department from Epcot merged with Disney Housing in 2010. That’s when we became the Disney Internships and Programs Service Center. In 2016, we transitioned into the Disney Service Center at all four properties as the front desk. 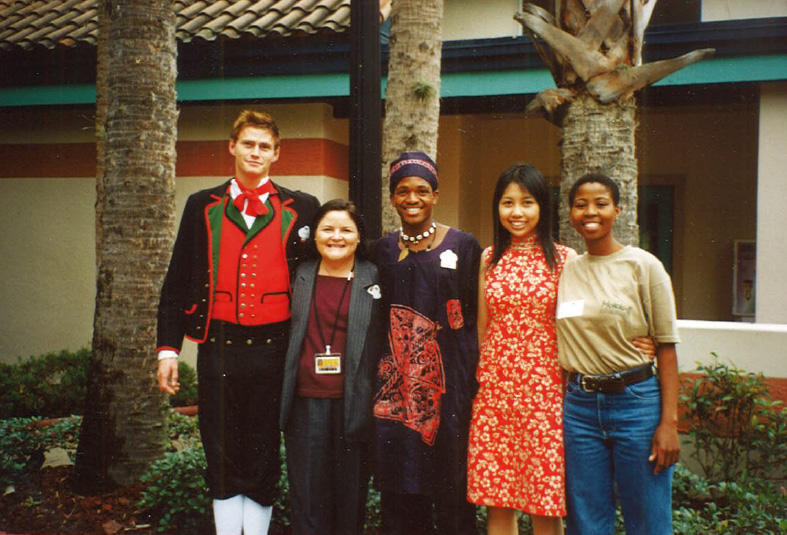 What are some of your favorite memories from your time with Disney?
When I was a manager at Magic Kingdom. It was probably 5 AM. I remember it was Christmas time, and the tree was real. It was absolutely beautiful. I looked down Main Street U.S.A., I was by myself, and I thought, “Oh my gosh. It’s myself and the castle.” That memory I cannot erase. It was amazing. The other was meeting Roy Disney Jr. I waited on him at Coral Reef. When I looked at him, he looked so much like Walt. And he sounded just like him!

What is one of your most magical moments working with Disney Internships and Programs?
There are so many, but one of the most magical moments I ever had was on the morning of the millennium when it turned 2000. It was the first sunrise of the millennium, and there was a girl from Kenya on a program and myself. We were at Epcot in World Showcase watching the sunrise, and we both looked at each other and hugged each other and I said, “We’re watching the first sunrise of the millennium together, and I’m on one continent, and you’re from another continent, and here we are, sharing this together.” That was pretty emotional for me. I’ve met so many wonderful international participants. So many magical moments. 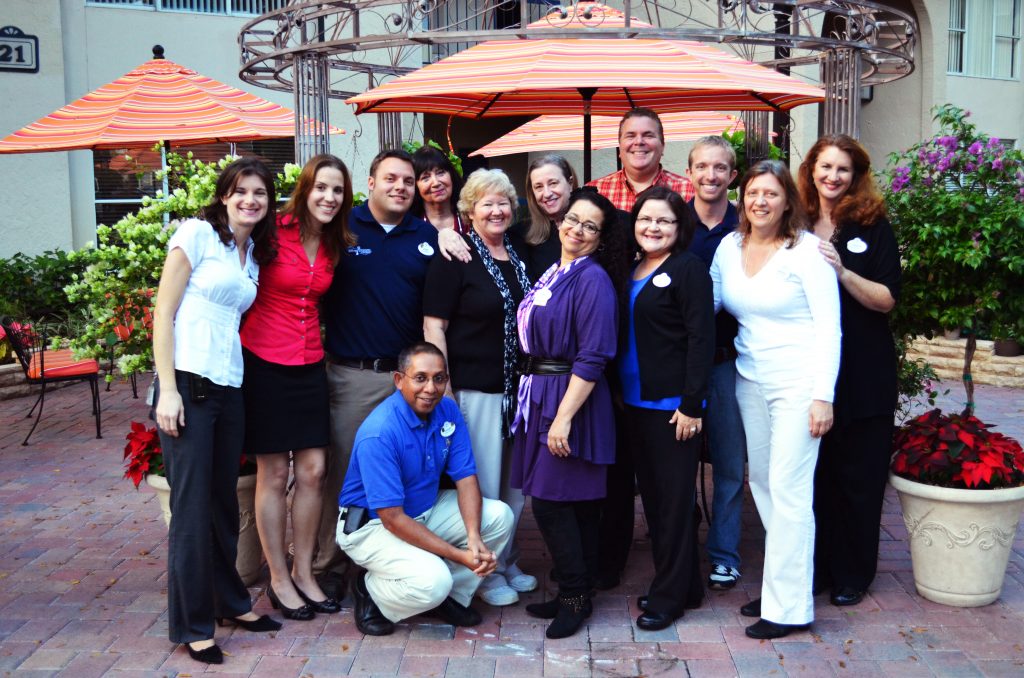 What advice would you have for current program participants, or anyone wanting to start with the company?
Never burn your bridges. Establish working relationships and friendships. Do each position that you may have with this company to the very best of your ability because you never know what lies ahead. You can make happiness out of many things. There have been positions where I was like, “Okay. This isn’t really what I want to do at this time, but that’s okay, and I’m gonna do my best while I’m here.” You have to embrace what you’re doing. I would say that I’ve loved every minute of what I’ve done here. Have there been challenges in opening locations and what not? Absolutely. But it’s just all learning and experience under your belt. I’m just in awe of my career. I wouldn’t have had it in any other way.

What will you miss the most about working for Disney?
The people. 100 percent, the people. The cast and my coworkers. That’s what I’m going to miss the most. Because it takes people. Walt was right. 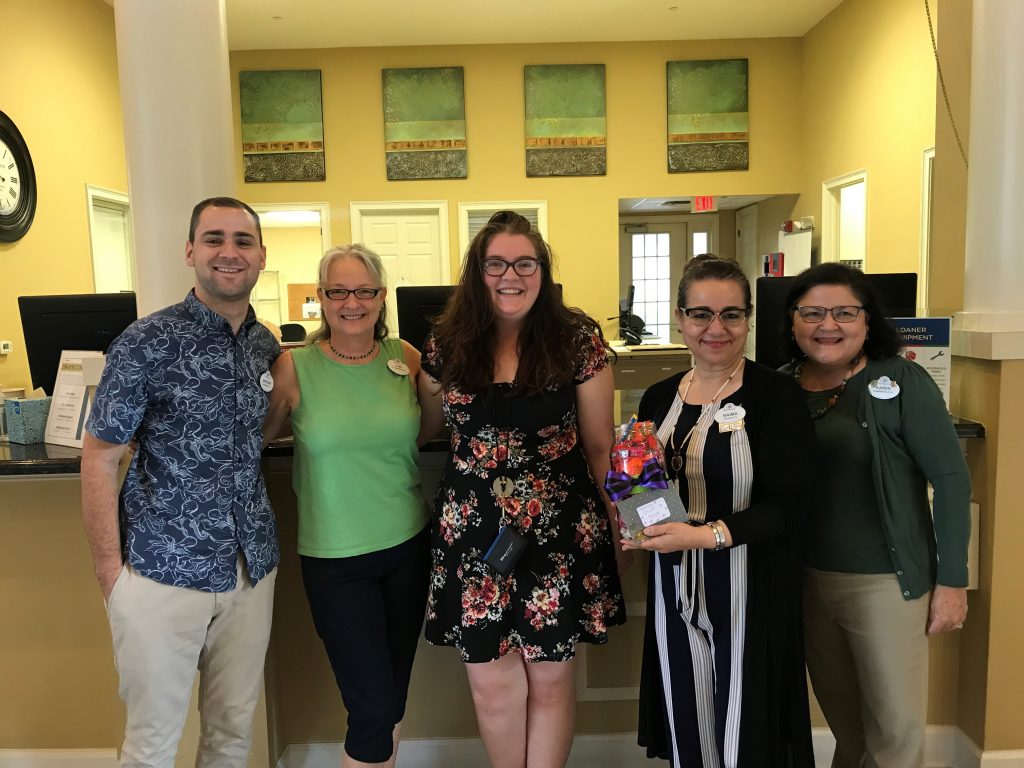