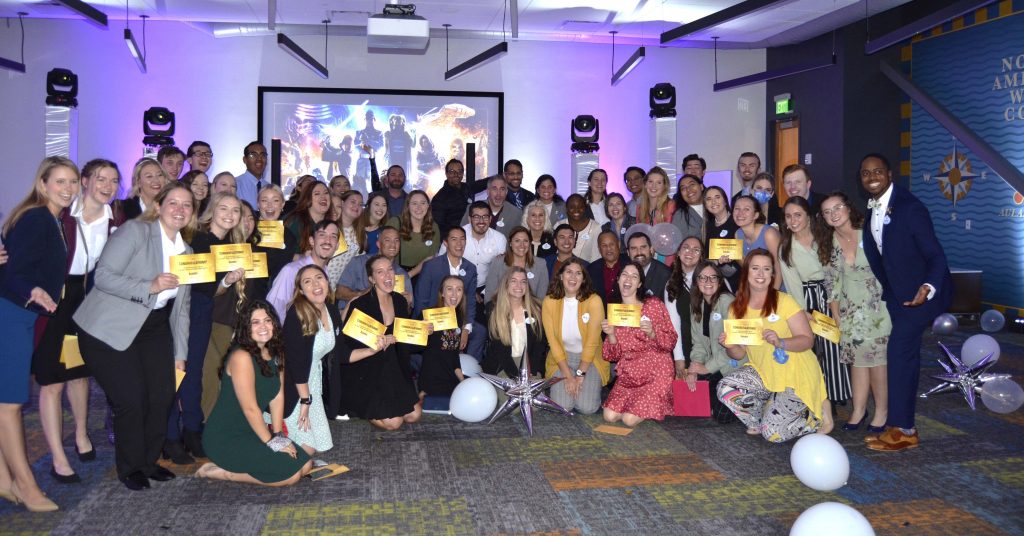 These are the roles they’re looking for…!

A few months ago, over one thousand Disney College Program participants attended information sessions about transferring roles and being a part of the opening team for Star Wars: Galactic Starcruiser, a revolutionary two-night, immersive experience for guests at Walt Disney World® Resort. Of those, hundreds applied and interviewed for this once-in-a-lifetime opportunity. After careful consideration, 58 participants were selected to join the opening team.

But how to let them know they are going to be a part of this exciting adventure? Last week, all 58 were invited to a “networking event” at Flamingo Crossings Village with the Star Wars: Galactic Starcruiser leadership team. Unbeknownst to them, the event was a surprise announcement and celebration that everyone was accepted to join the team!

Upon arrival, participants received an envelope that they were instructed not to open. The event kicked off with introductory speeches from leadership and the Walt Disney World Ambassador team, and then, well, watch and see…!