Johnathan has had a fulfilling thirteen-year career with ESPN. From covering Olympic events to supporting the Texas Longhorn Network and even winning two Emmy Awards, Johnathan’s time with ESPN has been filled with excitement. At the root of it all are influences from Historically Black Colleges and Universities (HBCUs) and a desire for this Grambling State University graduate to give back. 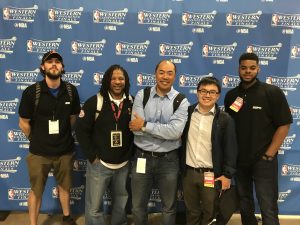 Johnathan is a Southern California native who had his eyes set on Grambling State before he enrolled. He set out to follow in his sister’s footsteps, bypassing many local colleges and only applying to HBCUs. However, rather than going straight to college, Johnathan spent four years serving in the U.S. Marine Corps. It was during this time that he felt a pull to finally pursue his dream of going to Grambling.

While in college Johnathan recalls how deeply Grambling faculty cared about their students. There are two individuals who Johnathan truly impacted his time in college and later in his life. One professor, Dr. Davis, was a great mentor to Johnathan with a mission to educate and prepare young Black men for the world. Johnathan said, “I tried to gain and take as much as I could from Dr. Davis. He was a very important part of my time at Grambling.”

Another influential mentor to Johnathan helped validate that he was on the right track. At the close of one semester, Johnathan told the Honors College Dean he would be taking some away from school to work and save money for the upcoming school year. With no applications or explanations, the Dean walked Johnathan to the endowment foundation and asked that they help find the necessary funding to help him get through the next year of school. “That was one of those moments that I knew I was in the right place doing the right things. There was no application or explanation needed, and I had only been at the school for a year. That was the biggest blessing I had received in my life to that point in my life, and it was just off of me saying hello when I saw her,”  Johnathan explained. 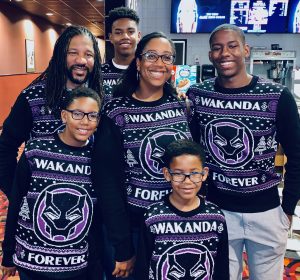 This defining moment for Johnathan has inspired his desire to give back and help others. He believes that as new opportunities are presented to him, he is in a great position to be a role model and advocate for change to others. Through mentorship and evolvement with the ESPN Pulse business employee resource groups and Disney’s Heroes Work Here initiative, Johnathan intends to continue helping people around him achieve new goals in their careers.

Check out more spotlights on BERG members across the Company on Reimagine Tomorrow and the Heroes Work Here initiative.

Business Employee Resource Groups (BERGs) are formed around a shared identity, interest, or pursuits. These employee-led groups bring together employees for insights, support, career development, and community engagement. All colleagues are welcomed and encouraged to join.