‘Tis The Season To Get Down: All The New Holiday Tracks To Add To Your Playlist

“Whether your rockin’ around the Christmas tree, spinning like a dreidel, dancing through the winter solstice, raising your voice for Kwanzaa, or any other holiday season celebration, you are going to need a solid playlist to set the party off…”

Love A Cappella and Disney Music? You Need to Hear This Group

“A cappella-loving Disney fans, meet your dream mash-up. Created by Disney and contemporary a cappella legend Deke Sharon (“Pitch Perfect,” “The Sing Off”), DCappella is a powerhouse group of seven incredible vocalists, assembled through a nationwide search. You won’t believe your ears when you hear their show-stopping a cappella renditions of classic Disney hits.”

”Disney a cappella group has concert dates set in New York, New Jersey, and Pennsylvania. The group stopped by the Playbill studio to perform “How Far I’ll Go” from the Disney animated film Moana.” 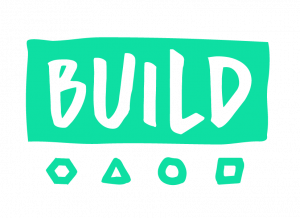 “DCappella dishes about their self-titled album and  talks about their upcoming tour. DCappella is Disney Music Group’s new a cappella singing sensation. The group came together as a result of a nationwide search for the best vocal performing talent in a cappella and stage. Recently announcing their debut album, they embark on their first North American tour. The tour features a contemporary production of new Deke Sharon arrangements of Disney classic and modern hits, bringing to life a truly unique a cappella experience. DCappella joined BUILD to chat their album and upcoming tour.”

“DCappella’s Live Concert Debut: Disney Music Group’s new a cappella singing group, DCappella, made its live concert debut during the pre-show. The seven-member strong troupe’s 20-minute set included renditions of new Disney favorites like Moana’s “How Far I’ll Go” and Coco’s “The World Es Mi Familia,” as well as a mash-up of tunes from The Little Mermaid. The act closed out the performance with a fun choice: Fall Out Boy’s rockin’ “Immortals,” from Big Hero 6, which was bolstered by a looper machine stacking their vocals.”

DCappella will make its first concert appearance over Memorial Day weekend when the group opens for Disney’s Beauty and the Beast Live in Concert at the Hollywood Bowl.  The group will also join the cast of singers for Beauty and the Beast, performing the film’s acclaimed songs.

A music video of classic Disney songs performed on “American Idol” can be viewed HERE.  You can watch DCappella’s performance on ABC’s “American Idol” via streaming or on demand. “American Idol” airs on Sundays at 8:00-10:00pm ET/5:00-7:00pm PT on ABC.

The debut album from DCappella, arriving later this year, can now be pre-ordered at Amazon.  For more information on DCappella, please visit  https://dcappellalive.com.